If you’re new to the city, or even if you’ve spent your whole life there, here are 9 things about Montreal that you’re sure to find interesting.

1. The world’s very first hockey game took place in Montreal on March 3, 1875. There’s no record of who won the fight, or the hockey match.

2. John Lennon performed the debut of his iconic anti-war anthem, “Give Peace a Chance”, in Montreal’s Queen Elizabeth Hotel on June 1, 1969. Today his hotel room has been converted into a museum.

3. A series of interconnected tunnels, called the Underground City, runs beneath Montreal for over 32 kms (20 mi). The tunnels connect shopping malls, museums, universities, hotels, banks, offices and seven metro stations. In winter, more than 500,000 people use these tunnels daily.

4. Although for all practical purposes it is a bilingual province, it is very important to realize that French is the official language of Quebec and Montreal. (See Bill 101) This means that schools are taught predominantly in French, and all commercial materials (catalogs, brochures, signs, food labels) must be in French as well.

5. Paul de Chomedey placed the iconic cross at the top of Mount Royal in 1643 as the result of a deal he made with the Virgin Mary. In the face of catastrophic flooding, Chomedey pleaded with the Holy Mother to spare the settlement, then known as Ville-Marie. In return, the desperate Frenchman would place a wooden cross at the top of the mountain as a display of the city’s pious faith and gratitude.

7. By the time French explorer Jaques Cartier “discovered” the islands which now comprise Montreal, at the confluence of the St. Lawrence and Ottawa Rivers, in 1535, indigenous peoples had already inhabited the area for at least 8,000 years.

8. Montreal typically has about 60 days of snow each year. The record for the largest single day of snowfall was set on March 4, 1971, when 43 cm of powder blanketed the city.

9. Perhaps Montreal’s most notoriously hard-working single mother, Machine Gun Molly gained fame and a small fortune with her two-year crime spree that hit 20 banks and ended fatally in 1967. But despite her sobriquet, Monica “Molly” Proietti never owned a machine gun, and no one ever got shot or killed in any of her many bank robberies.

If you are moving to Montreal and want to know everything there is to know about the city, then you’ll want to check out ARIANNE’s Online Relocation Guide for Montreal. Loaded with practical, helpful, hyper-local information, our exclusive guides are both exhaustive and user-friendly. With 20+ years of industry experience, ARIANNE Relocation Specialists make relocation easy.

To learn more, check out these popular articles: 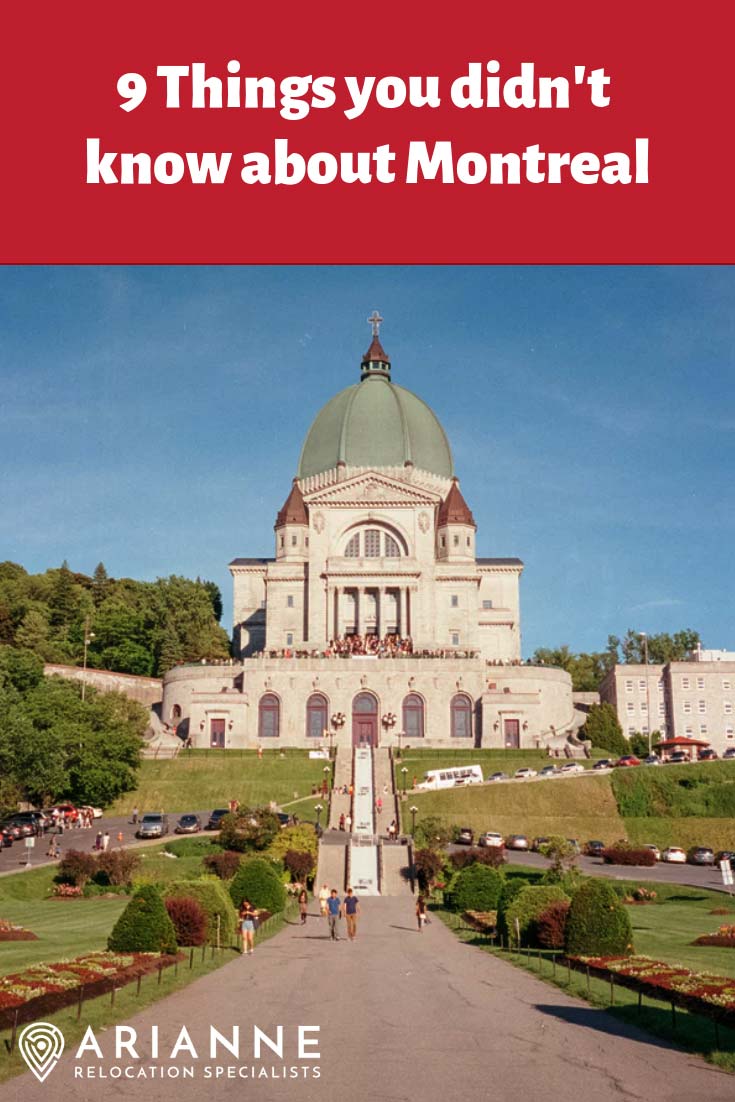